The Key Characteristic of Great Teams 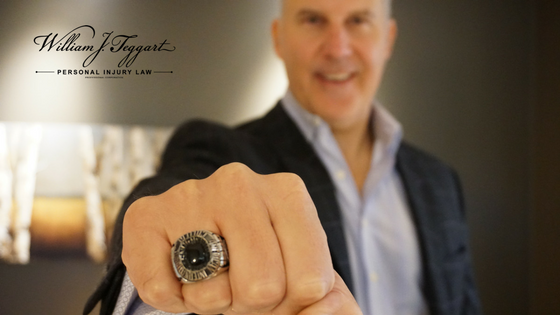 What makes a great team? A lot has been written on this topic as organizations search for the secret sauce that will take them to the next level. But, more often than not, they fail to understand a very basic concept that most successful athletes understand intuitively.  That’s what today’s blog post is all about – the key characteristic of winning teams. At the end of this blog you’ll find a letter I wrote to my college hockey team in 2016 as they began their playoff run. The letter highlights the experience I’ve gained from both the world of sport and the world of business and I offer it to you in the hopes that you can benefit in some way in your own organization.

The Problem With Most Organizations

My  experience is that most organizations, big and small understand the idea of a “team” but they don’t and have never felt what it’s like to be on a successful team. Somewhere along the line the leaders have attended courses or read books on team work.  They latched onto the concept of team work but only pay lip service to what it means to be a team and teammate.

The Key Characteristic of Successful Teams?

Here is what many organizations don’t know about successful teams.  They don’t know that to be a successful team, the individual teammates have to love each other. What do I mean by loving your team mates? I mean that successful teams are filled with team members who are willing to put the interests of their fellow teammates ahead of their own personal interests.  In short, they are selfless. They move their egos to the side, and when tested, think of their teammates first – not themselves.

I’m an old college hockey player so I always think of things in terms of my 1990, Eastern College Athletic Conference Championship Team with American International College. What a cast of characters. Everyone had (and still has) a nick name.  Don “the Rock”, Stinky, Big Daddy Pao, Cappa, Morris, Luss, Buck, Walshie, Rocko, Vezy, Worto, Batesy, Maff and Lewy to name a few.

Ours was not the most talented, well-funded team in the league by any stretch yet we managed to beat bigger, better, more well funded teams over and over again.  We worked out in a gym we called “the dungeon”; a stifling boiler room below the gymnasium.  We played at a crappy, smelly, state-funded barn named Smead Arena. And on top of that we had fewer available scholarships than virtually every team we played.

But, when there was a critical time in a critical game these guys stepped it up and ultimately won an E.C.A.C. Championship. When the other team pulled their goalie, you would see Luss pass up an empty net goal so that he could wire the the puck over to his line mate Marty to give him a hat trick.  You would see forwards like Walshie, knowing it was REALLY going to hurt, drop in front of slap shots to prevent a goal.

And it wasn’t only the players on the ice who were selfless, it was also the guys who rode the bench. You have to understand it’s easy to get down and negative when you are “riding the pine” as they say. Yet you would see guys who sat on the bench all night just as enthusiastic as the guys who were on the ice all night. Why?  Because they were selfless.  They knew what it meant to be good teammates.  In short, they wanted that championship ring just as much as the guys on the ice and they were willing to swallow their egos to get it.

Today, the challenge we face is not only organizations who pay only lip service to the concept of team, but it’s the “me” focused world we live in. Social media pages are carefully curated to show only the best of “me”. Selfie sticks are bought to take photos of “me”. Our pop culture icons and yes, even politicians are anxious to promote “me”.

So, how in our increasingly egocentric world do we foster an environment of selflessness?

We can start by mirroring great teammates.

Let me tell you about my wife. No, I’m not doing this for brownie points (okay just a little – love you honey!) but because she reminds me on a regular basis what it really means to be part of a team as she is one of the most selfless people I know.  Our girls are competitive swimmers and Nancy spends her days shuttling on girls from school to pool to home – over and over.  When she isn’t being a professional taxi driver for my girls, she working as an valuable member of Team Teggart, here at the firm.  And while she has virtually no free time, she manages to volunteer her time for a  local rescue animal shelter. Yes, I really lucked out 22 years ago when I spotted her bowling at a charity bowling event in my last semester of law school!

Leaders can hire individuals who can foster a culture promoting team work.

My good friend and fellow AIC hockey alumni Matt Schimenti owns a hugely successful general contracting company which has earned a reputation for building flagship retail stores for the many of the big name retailers from Under Armour, to Nike to Starbucks. A couple of years ago we talked about hiring great teammates.  Like me, Matt comes from a sport background and explained to me that he likes to hire former athletes and members of the military.

While Matt never said this, my sense is that his preference for hiring former athletes and military members has a lot to do with selflessness.  Putting athletes aside for a moment, who knows more about selflessness than members of the military who put their lives on the line for their country!

To the leaders out there, how often are you interviewing candidates with a view to them becoming not only talented workers but outstanding teammates? Maybe the time is now.

My Letter To My Former Team

I’ll leave with a letter that I hope captures my thoughts on team work and being a good teammate.

Last year during their playoff run, the captains of the AIC Yellow Jackets hockey team reached out to the alumni for some inspiration to help them along their journey. Having been in their shoes and knowing how competitive the league is, I sent them a note. So, as the team prepares for their home opener this weekend versus Army (Go Jackets beat Army!), I felt it was fitting to reproduce the letter below. For me, it’s all about what it means to be a great teammate.

That’s why you see championship teams at every level remain tight knit long after the glory days are over.

But here’s the secret you don’t know:  It’s not the championship that brought them together.  The championship was merely the culmination of the bonds that galvanized them long before they skated around the ice with a trophy above their heads.  It’s the brotherhood that built the championship.

Yes, you need talent and coaching and all the rest but the history books are filled with talented, well coached teams that never won a championship.  That’s because they never learned of the powerful bond that would take them to the next level.  They worried about their stats, their ice time, and their egos – which they should have left at the door.

You play for your team mates because, trust me, the bond you build will win you a championship.  But just as important, it will forge a brotherhood that you will never experience in your personal or professional life.

Fellow AIC alum and former NFL’er, Chris Williams brought this point home to me a few years ago at homecoming.  He put it this way:

“You chase it for the rest of your life.  There are times when you think you’ve got it but you don’t.  Nothing every approaches the bonds you develop on a successful team.”

Boys, play for your brother sitting in the stall next to you and someday, many years from now, you’ll be at an alumni event looking across the locker room at your brother.  He’ll be older, balder, fatter and uglier than he is today.  But when you look down at his finger, he’ll be wearing a ring: a championship ring that matches yours.