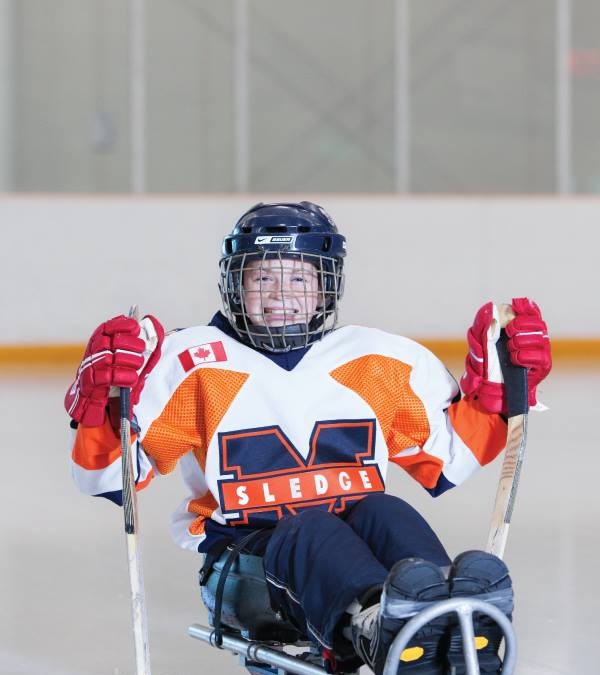 One of our goals is to inspire others to make a difference in the lives of someone else and to honour those who have displayed courage, perseverance and hope in the face of adversity.  We’ve created the Team Teggart Heroes Series to do just that.  With this series, we’ll honour the everyday people who have faced their challenges head-on and succeeded.  Today, we honour the first recipient of the Team Teggart Heroes award 12 year old Curtis Duguay.

Curtis Duguay grew up an active young lad in Barrie. From an early age his parents enrolled him in hockey and lacrosse. He excelled in both sports. In fact, his coaches picked him first overall in the Barrie Minor Hockey draft several years in a row. A little smaller than the other boys, Curtis was highly skilled and he loved both games 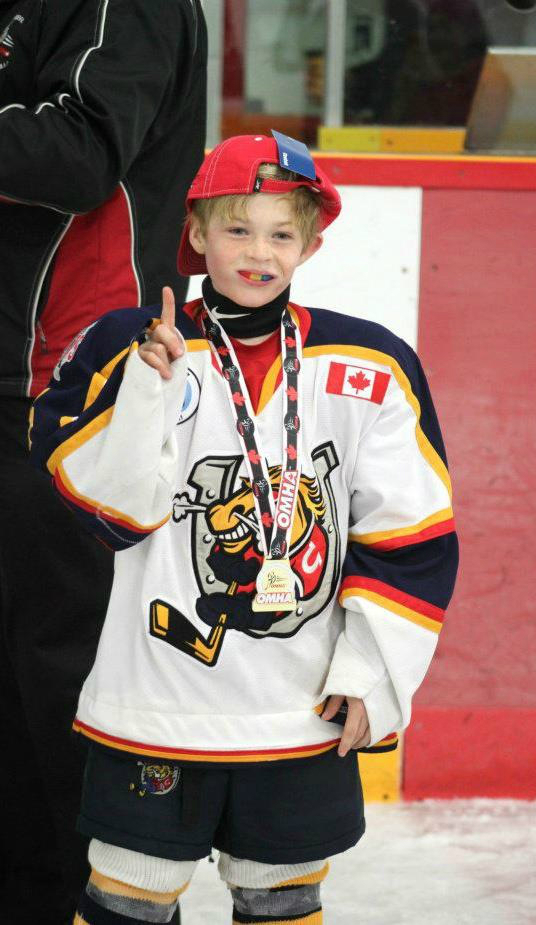 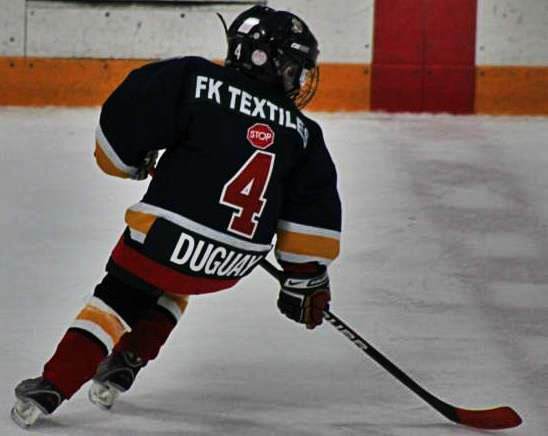 Curtis’ favourite hockey team? The Philadelphia Flyers – a team known for its grit. A fitting choice because as an athlete Curtis was known for his heart. It was the quality that separated him from his peers. While no one knew it at the time, it would be the quality that later served him well when his health took an unexpected turn.

It was late 2012 and Curtis began having pain in his leg and hip. His mom, Krista, took him to the family doctor’s office. The trip ended up being the first of many, many trips that Krista and Curtis would take to doctor’s offices and hospitals around the province. Their final destination was to see the experts at Sick Children’s Hospital in Toronto. This trip would be one that Curtis and his family would never forget.

It was at Sick Children’s Hospital where doctors told them that Curtis has Perthes Syndrome, a childhood disease of the hip with no known cause. It results in the premature breaking down of the ball of the hip joint due to lack of blood supply.

What made things worse was the doctor’s advice that Curtis would no longer be able to play the sports he loved so much. They explained that Curtis could not put any weight on his right leg and must perform daily exercises to help with his reduced hip mobility. This meant that Curtis was confined to a wheel chair or crutches on one leg. He wouldn’t be playing any more hockey or lacrosse and just as important he’d be different than the other kids at school. For everyone involved it was a devastating day.

Ever the optimist, Krista did some research and began to talk to Curtis about sledge hockey. It’s a Paralympic sport where players sit in a sled with blades on the bottom and propel themselves around the ice using two short hockey sticks that are also used to stick handle and shoot the puck.

Curtis, wasn’t enthused about sledge hockey in the beginning. After all, none of his friends played it. With some convincing however, Curtis gave it a try. The look on his face told the story and he’s loved the game ever since. 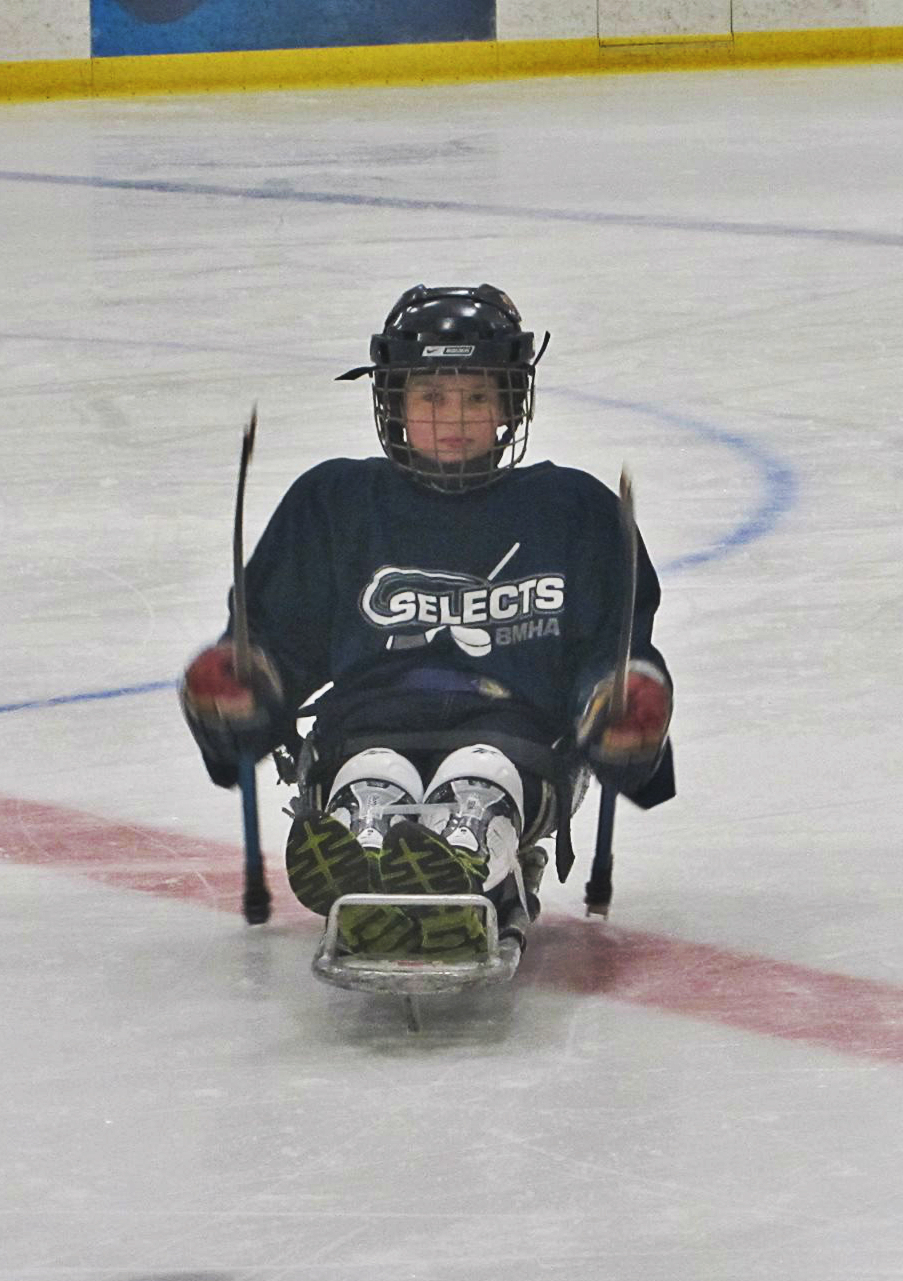 Today, Curtis has made great strides in the face of his challenges. He religiously performs his daily stretching four times a day. Doctors say that for this reason he doesn’t require surgery yet. He has joined a sledge hockey team in Markham. He has excelled at the sport in a short period of time and has even netted a number of goals.

In the face of challenges, Curtis displayed Courage, Perseverance and Hope. For this reason, Curtis is the first recipient of the Team Teggart Hero Award. We are honoured to give him a Team Canada jersey autographed by Team Canada Sledge Hockey forward, Kevin Rempel – the young man who is the inspiration behind the award. 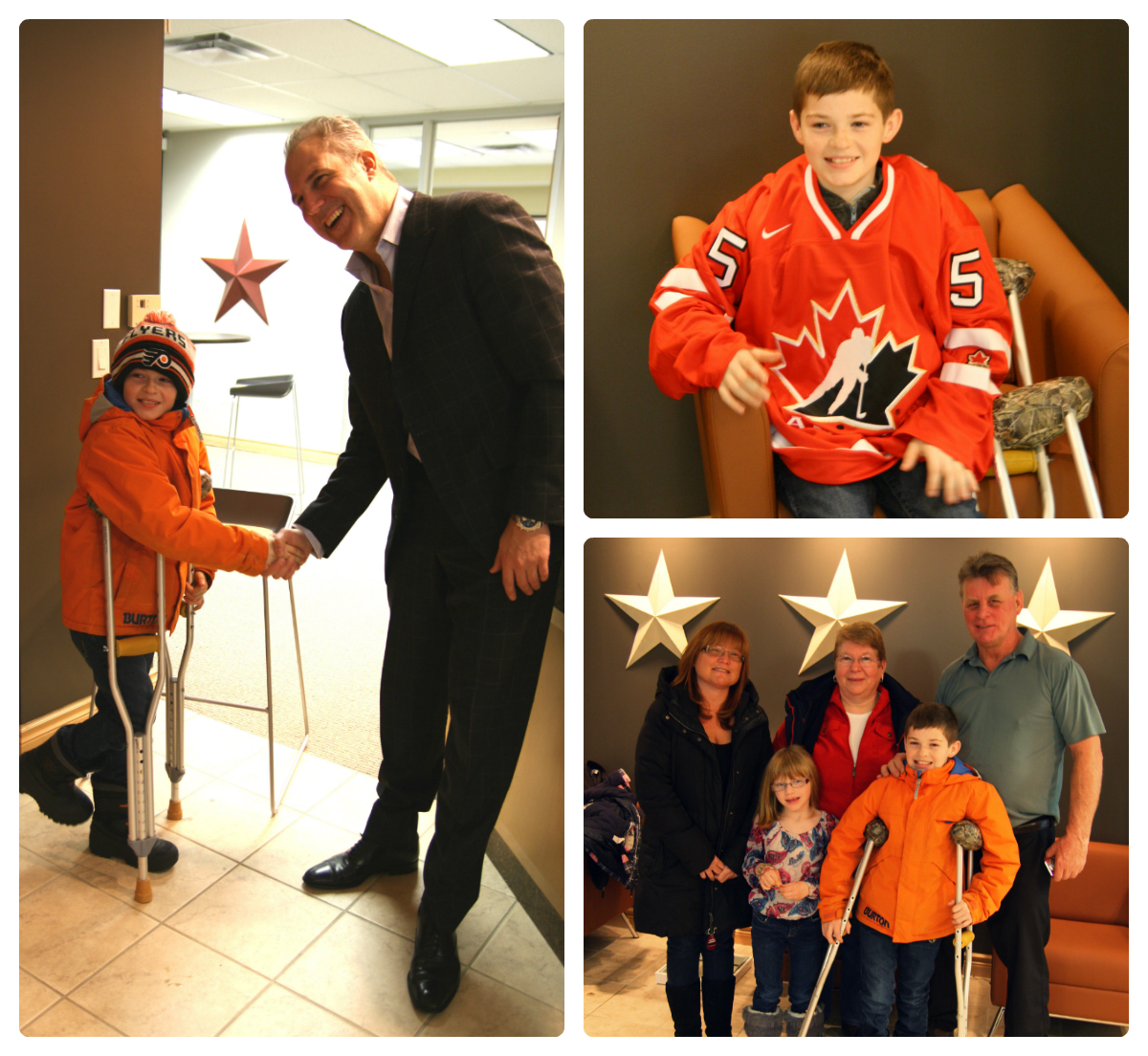 Please join us in congratulating Curtis! 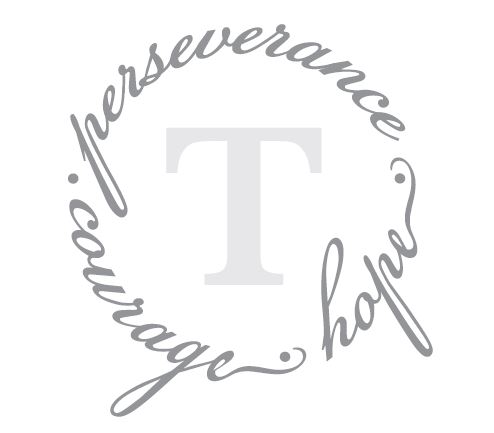 If you know someone who through Courage, Perseverance and Hope has overcome obstacles in their life and would like to nominate them to be a Team Teggart Hero please contact us.