Winter Tire season is upon us whether we like it or not. I can hear a deep collective groan! But there are good reasons to install winter tires. In this post, I’ll explain why you should install winter tires (hint: less likely to crash your vehicle) and why winter tires are more effective. Lastly, I will debunk some of the myths that stop people from buying winter tires.

Being from Langley, British Columbia, snow tires were never really on my radar. On the rare occasions when it did snow, the rain would usually wash it all away within a few days. And besides, when it was snowing, everything was cancelled anyways!

Living in Barrie, Ontario gives snow tires a whole new kind of importance. Last year I had snow tires installed on my lightweight truck well before the first snowfall of the year. I figured everyone else had done the same until I saw vehicles struggling to make it up slight inclines and sliding through stop signs. That’s when I thought, maybe not everyone uses winter tires?

Some quick research confirmed my suspicions. The Traffic Injury Research Foundation conducted a study which revealed that only 39% of Ontario drivers use winter tires.[1]

So let me take you through the studies and why winter tires work. Along the way I’ll address some of the myths.

Winter Tires – By the Numbers

Quebec is the only province in Canada to have mandated winter tires. In Quebec, motorists install winter tires by December 15th, and keep them on until March 15th. However, even before the law came into effect over 95% of Quebec motorists used winter tires.

Why Do Winter Tires Work?

Why are winter tires so effective? Many people think the only reason they are more effective is because they have a deeper tread, allowing them to grip the road better. While this is one benefit of winter tires, their main benefit is that they maintain flexibility in low temperatures.

The Costs and Myths of Winter Tires

So why don’t people buy winter tires if they are so much safer?

The first reason is that winter tires are expensive. And there’s no doubt that this is true. But as a personal injury lawyer who sees what happens when they aren’t purchased, and things go wrong, I can tell you they don’t seem so expensive to me.

Beyond cost what are the other reasons people insist they are fine not purchasing winter tires? Turns out many of the reasons/excuses are based on myths.

Many people say they don’t need winter tires because they have Four Wheel Drive. And it’s true that Four Wheel Drive helps your vehicle accelerate in snow or mud. But it won’t help your vehicle stop quicker in cold conditions. Your tires will still lose flexibility once the temperature drops below 7 degrees. Four Wheel Drive won’t stop you from sliding through a red light into fast moving traffic.

The “All-Seasons work in Every Season” Myth

All Season tires are a compromise between winter and summer tires. Unlike winter tires, they aren’t overly pliable in the summer (which can increase stopping distance). And unlike summer tires, All-Seasons don’t freeze up at seven degrees. In fact, in a place like BC, All-Seasons might get the job done. Not in Ontario though. Because once the temperature dips below -10 degrees (i.e. most of the winter) those all-seasons won’t be any more effective than summer tires.

The “I Only Need Two Winter Tires” Myth

Some people think they only need to put winter tires on their “drive” tires. This myth is like the Four-Wheel Drive myth. While having tires on the drive tires will improve acceleration, it causes other problems. If the tires are installed on the back of a rear wheel drive, your steering and stopping will still be compromised. Tires only installed on the front of a front wheel drive will cause an imbalance. The lack of traction on the rear wheels will increase the chances of an oversteer, causing the back of the vehicle to slide out.

Buy winter tires. And I promise the tire industry didn’t pay me to write this blog!

Would you like to learn more about personal injury law in Ontario? Visit our website and request your free copy of Bill Teggart’s best selling book “From Trauma to Trial: A Step-by-Step Guide to Ontario Personal Injury Law“. Alternatively, you can purchase a copy on Amazon.ca. 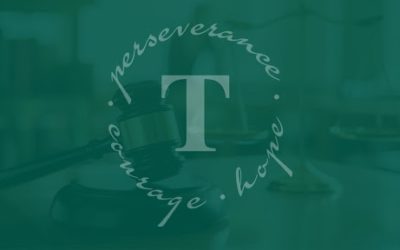 Picture this. A young man is seriously injured in a car crash. Doctors operate to repair his multiple broken bones. He is making gains as he starts his rehabilitation in the hospital. While his medical …